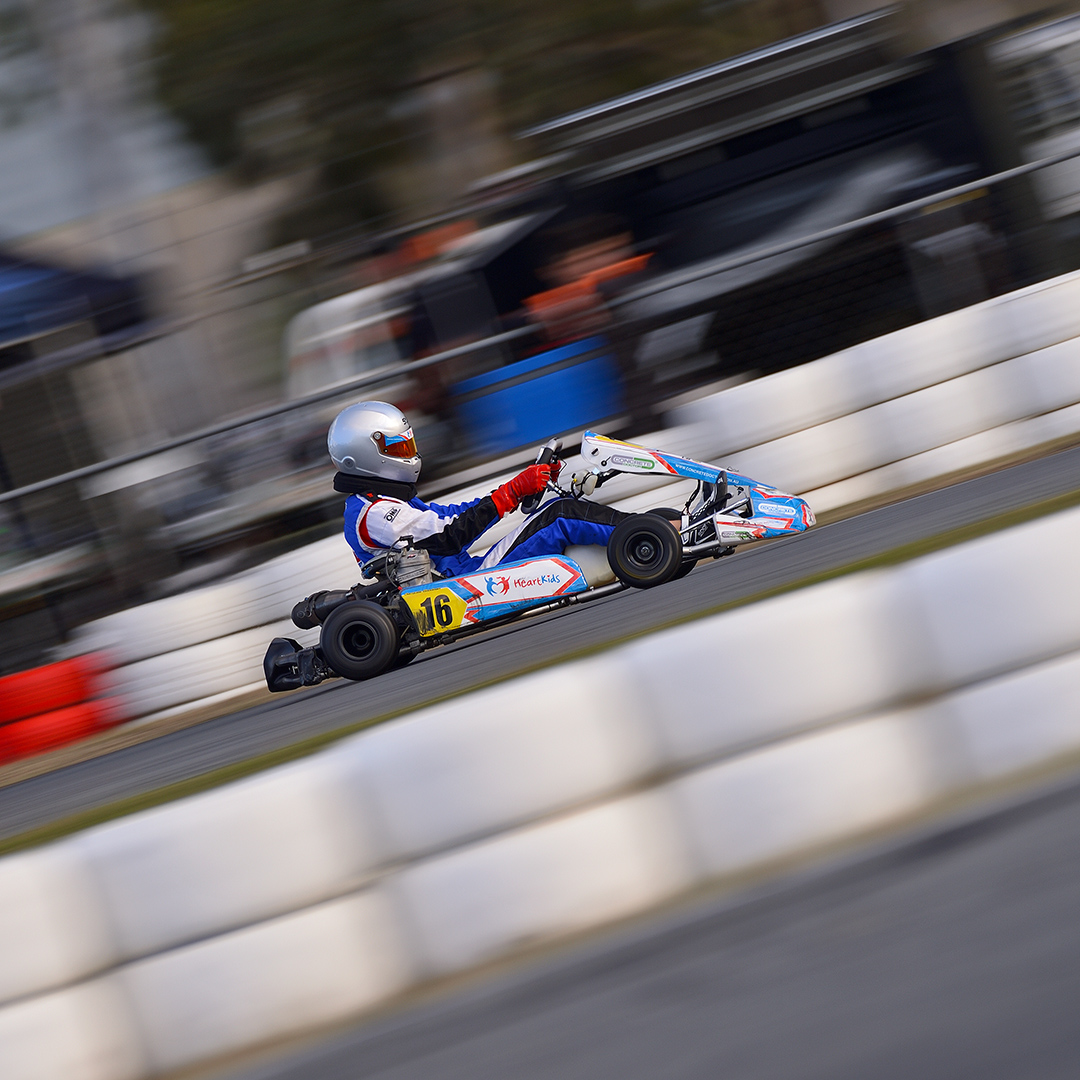 However it awesome to be back racing in this new norm that we now live in.

In Queensland current Covid-19 conditions mean that we are only able to have 1 Mechanic and 1 Driver go to the race meets which in itself presents some new challenges. Its unfortunate to not have family, friends and sponsors come and enjoy karting and all it has to offer, but it won’t be like this forever!

The past couple of race meets have had there ups and downs including a DNF in the first Return to Racing Round at Ipswich, but we were lucky enough to have completed enough laps to finally get off our P’s!

Taking all the positives, there were promising signs in our first race meet back. However, racing at the pointy end as well as the cold conditions all presented new challenges that had to be faced by both driver and mechanic during the day. Despite this it was a great feeling to be back racing and see some familiar faces, makes things feel real again.

Round 2 – This certainly came around very quickly as we only had a 2 week turnaround as opposed to our usual 4 for Ipswich meets – Yes, it was time for the TAG Restricted Titles! We’d spent those 2 weeks, stripping down the kart and completely rebuilding it – Unfortunately (insert thinky emoji here) on arrival at Ipswich, the kart decided not to turn over, just what you need after a 4.30am start!

Two hours later and a combination of an ignition barrel failure and starter motor failure we missed qualifying! A massive shout out goes to Adam and Tony from DPE for helping us out and finding the issues and resolving them so we could continue to racing! There are two guys that have a never give up attitude, no matter what the situation.

After missing qualifying, we started from last with no knowledge of conditions on the track, so it was a slow start to the day but pace picked up race by race and as the day got hotter (which our engine prefers than the colder weather) and we made some good positions up the grid. By the end of the day we were running as high as 12th (out of 26 racers) but finishing 18th in the final due to a Kart spinning in front of me, which I had to avoid, sending me across the grass – proud of holding onto it though.

So many lessons learnt as we continue to make our way up the grid. But we take each one of these lessons to better prepare ourselves for the next race meet, lessons for both driver and mechanic. Good news was that there we no dents in the kart, just a few in Dad’s wallet!! (LOL)…